My annual weekend retreat with my private writer's group was this past weekend. We studied charactar arc, which is very timely since it's the next thing I want to talk about here.

What is character arc? Simply put, it's the path a character takes toward the end of the book. How they grow or change. It can a change for the better or a change for the worse. Significant or small. In some stories, characters don't really *change*. But characters should experience growth.

In fantasy, we can play more with character arc. And we have the freedom to include at least one character who is totally evil and doesn't change, except for being defeated (killed) by the hero. In LOTR, Sauron, the dark lord, is totally evil, has no personality and does not change. But he's not really a main character, even though he's the main antagonist. Saruman, however, does go through a change - for the worse. We don't see him before he turns over to Sauron's side, but we know he was not always this way because Gandalf tells us. And we see him fall deeper and deeper into Sauron's power.

So, let's look at character arc. This week, we'll start with your hero's character arc. In the beginning of your story, where is your hero emotionally, spiritually, mentally? What is their hidden need? Where are they in the middle? The end? Have you given the reader a completed, satisfying character arc? Where do you want to see your hero land? What is the end point? What growth do you hope to see at the end?

Lots of questions. You don't have to post an answer to every one, but I've included them to help you really see your hero and ponder where you want them to go. Let's talk!
Posted by Pam Halter at 2:23 PM 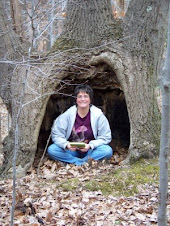